Two hundred years ago, in 1810, Wilhelm von Humboldt's vision of a new type of university became reality. The newly founded Prussian alma mater was the first to introduce the unity of research and teaching, to uphold the ideal of research without restrictions and to provide a comprehensive education for its students. These principles of Wilhelm von Humboldt and a select group of contemporaries soon became general practice throughout the world. A new era of university and academic research had begun.

2010 marked the 200th anniversary of the Humboldt-Universität. Numerous events from October 2009 to December 2010 honoured the ideas of its founding fathers. In dialogue with the city of Berlin, the alma mater celebrated science, research and teaching, and the relevance of Humboldt’s founding principles for the present day.

During it’s history, the Humboldt-Universität zu Berlin has undergone many profound changes. The most recent reformation followed the Peaceful Revolution in East Germany in 1989. Many new outstanding professors were appointed from East and West, from Germany and from abroad.

As one of eleven German universities, the Humboldt-Universität was chosen “University of Excellence” in June 2012. It was successful in all three funding lines in the third round of the Excellence Initiative of the German federal and state governments and awarded for its future concept “Educating Enquiring Minds: Individuality – Openness – Guidance”. In an international comparison, Humboldt- Universität ranks among the top ten of German universities. Scientists here research socially relevant topics and challenges of the future and communicate these with the public. Humboldt-Universität invests all its energy in being a place of excellent research and teaching. It’s aim is to promote young talents and to positively influence society and economy outside the university framework.

Today, the former Palais of Prince Heinrich on the avenue Unter den Linden, is the representative seat of the university As an integral part of Berlin's marvelous city centre, it draws many visitors every year. The institutes of the Humboldt-Universität are grouped into three main campuses.

Campus Mitte – rich in tradition – is home to the Arts and Humanities, Law, Economics and Business Studies as well as Theology. On the picturesque Campus Nord, the Life Sciences are concentrated. Mathematics and the Natural Sciences are located on the modern, high-tech Campus Adlershof.

The face of Campus Nord is still being developed, as several institutions and facilities will be constructed or relocated here to be in the immediate vicinity of the medical school Charité. Once this process is complete, Campus Nord will be associated simultaneously with modern, cutting-edge scientific institutions, such as the Bernstein Center for Computational Neuroscience, and with noteworthy artefacts of Berlin's architectural history, designed by prominent architects such as Carl Gotthard Langhans.

While historical buildings are being refurbished on Campus Nord, modern and functional buildings were recently constructed on the Mathematics and Natural Science Campus Adlershof. Nonetheless, the area is rich in scientific history: in 1909, the first German motor-propelled aircraft took off from an airstrip in Adlershof. In GDR times, the physical and chemical research institutions of the Academy of Sciences were located in Adlershof. Today it is the venue of one of the largest technology parks in Europe and forms an important part of the "city for research, economics and the media", where academics of Humboldt-Universität conduct their research in active exchange with twelve non-university research institutions and over 400 technology-oriented enterprises.

Faculty of Arts and Humanities

Faculty of Humanities and Social Sciences

Faculty of Economics and Business Administration

- Scholarships of the Berlin Parliament 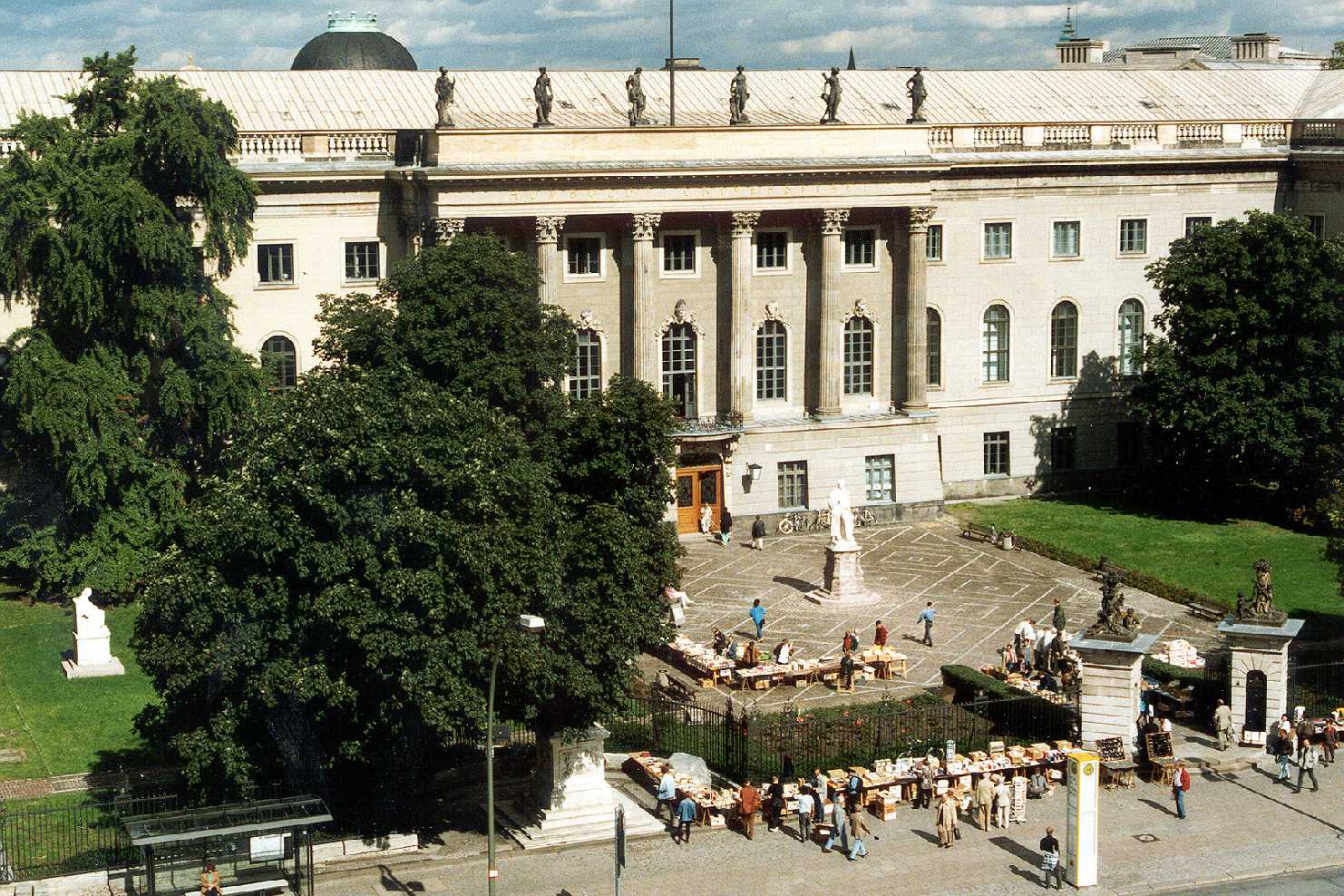 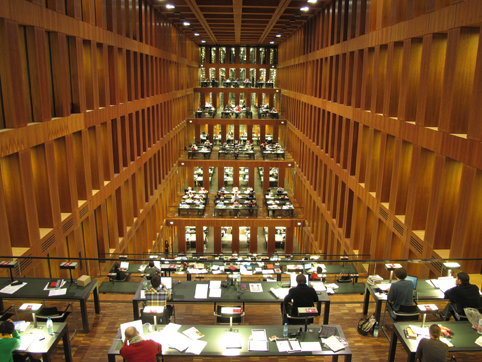 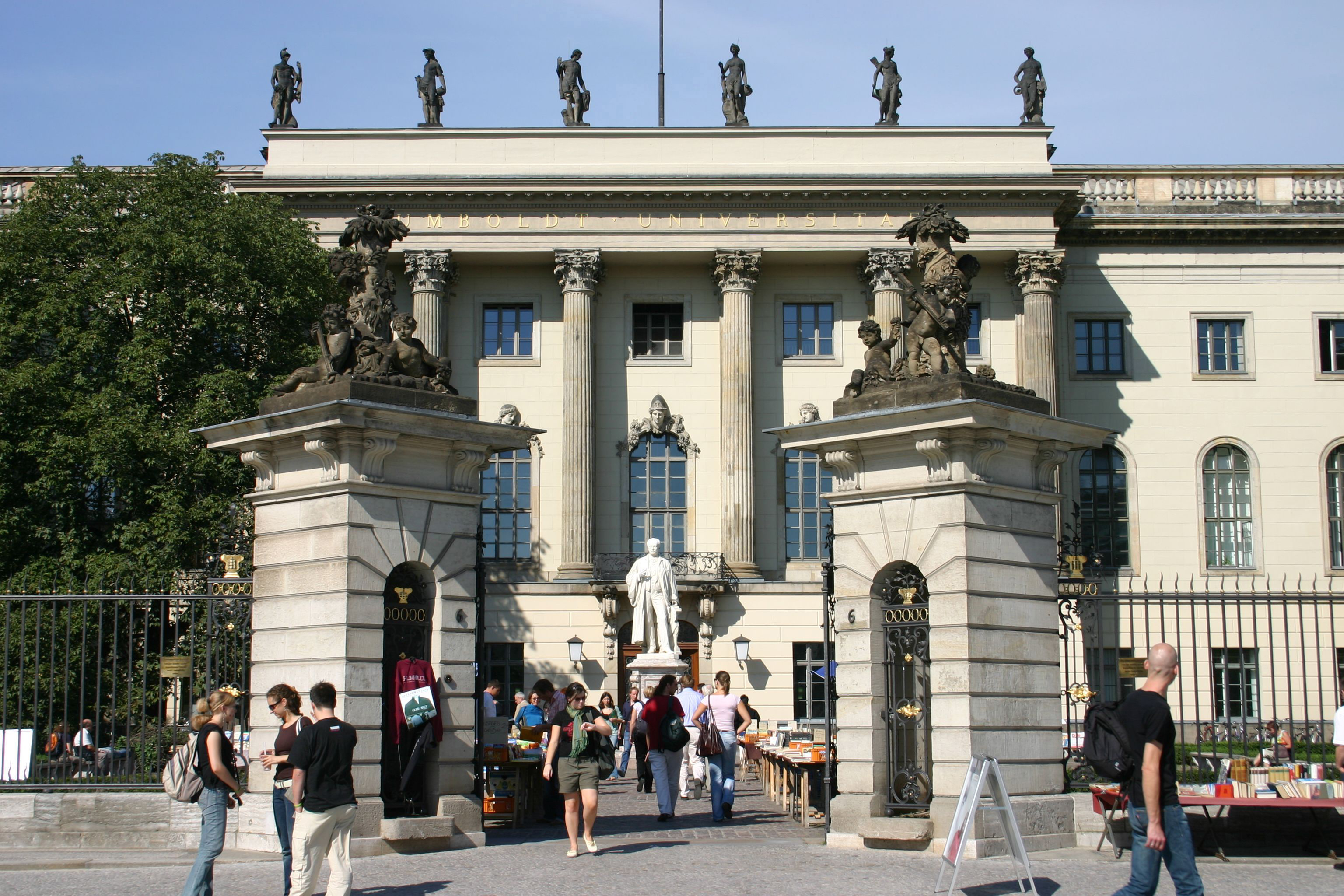